Block 23: The Past, Present, and Future of Downtown Phoenix
5338
post-template-default,single,single-post,postid-5338,single-format-standard,bridge-core-2.9.6,qode-page-transition-enabled,ajax_leftright,page_not_loaded,,qode-theme-ver-28.0,qode-theme-bridge,disabled_footer_bottom,qode_header_in_grid,wpb-js-composer js-comp-ver-6.7.0,vc_responsive

Block 23: The Past, Present, and Future of Downtown

09 Mar Block 23: The Past, Present, and Future of Downtown

For the past two years, Downtown Phoenix has hosted the pre-event celebrations for both the Super Bowl and College Football Championship. These activities have centered on an asphalt parking lot in the heart of our city. This is “Block 23” on the original town map from 1885 and it is bound by Jefferson Street, Washington Street, First Street, and Second Street.

Now that the big events are over, development rumors for this block are again starting to circulate. However, before painting a new picture of what this block could be, it is important to know what this block once was: the original town plaza. 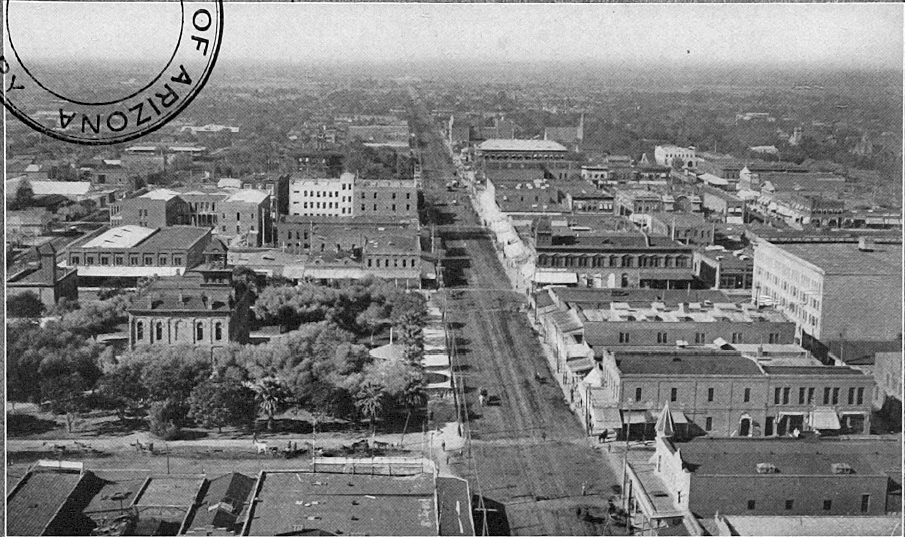 A Timeline of Block 23

William Hancock’s original town plan set aside two blocks for civic functions: block 76 for the courthouse and block 23 for the plaza. While some southwest cities were planned using a Spanish grid system—with a plaza at the 0,0 street coordinates—Hancock planned Phoenix based on a scaled down Philadelphia model. While the plaza at Block 23 does not show up in any of the few photos from that time, it does show up in the official 1885 town sketch. This was Phoenix’s own version of Philadelphia’s Washington Square, and the site where in 1879 over 400 Phoenicians conducted Wild West justice by hanging two alleged murderers.[1] 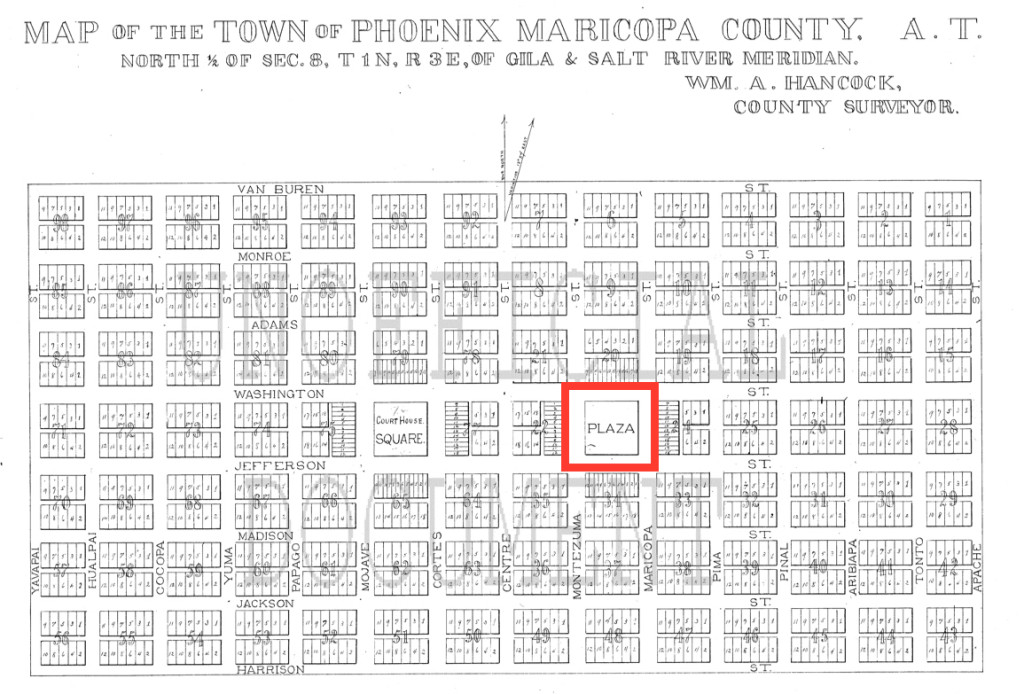 Original map of Phoenix from 1881, Block 23 highlighted as Plaza


In 1887, a voter-approved bond was passed, funding the construction of the original City Hall at the center of the plaza. The vote occurred only after a long debate by “some shortsighted private interests, with feelings that the public squares were too valuable for governmental or recreational use and insisted on subdividing them for business blocks.”[2]

City Hall was built despite these objections and became the tallest building in Phoenix. This new building was used for both City and Territorial business until the existing State Capitol building was finished. There are many pictures of the block from this period, and despite the building at its center, the original plaza design stayed basically intact. 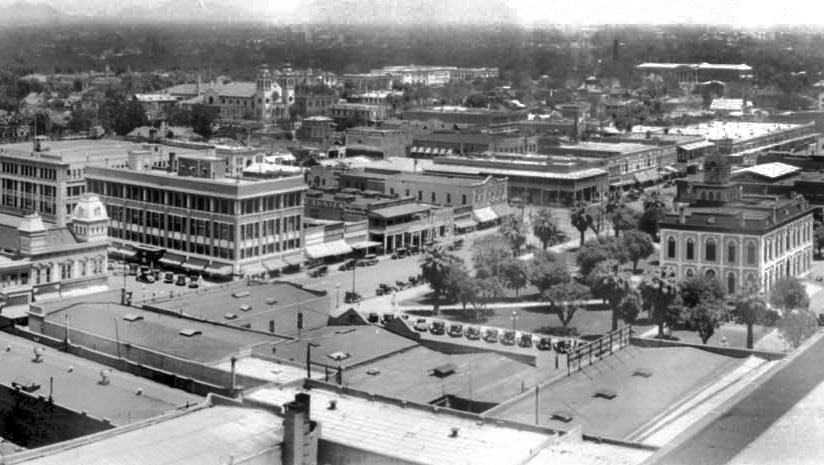 In 1931, once the construction of the “Old” City Hall at 1st Avenue and Washington (Block 76) was complete, Block 23 was sold to a private developer for a new theater. What the developer built has been described as one of the most ornate Art-Deco movie theaters in the country. This was the location of the Fox Theatre which many argue was far superior to the now meticulously preserved Orpheum Theater. Later in 1953, the downtown J.C. Penney’s store was also built on this same block. 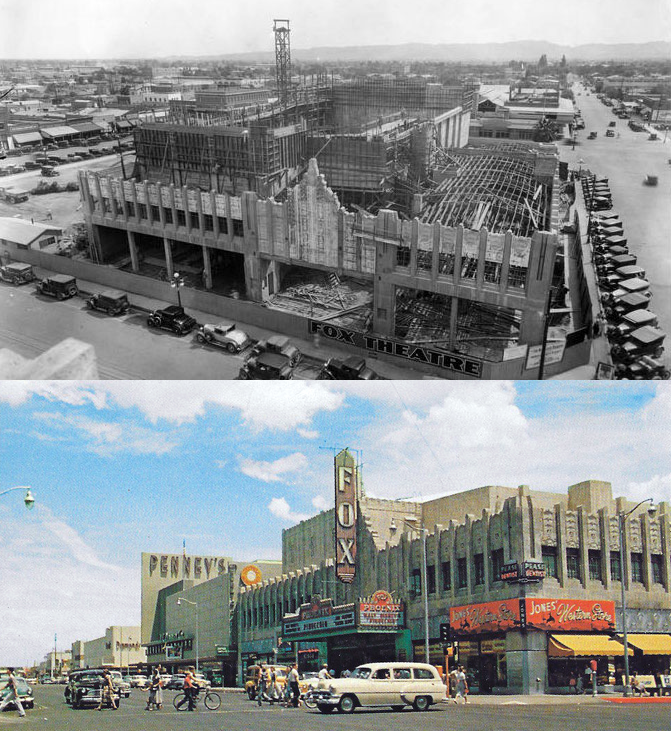 Over one hundred years after the original City Hall was constructed on this site, the City of Phoenix once again controlled Block 23. However, with the 1974 construction of Patriots Square Park at the city’s 0,0 intersection, there was no need for another downtown plaza and in 1992, the Phoenix City Council made a deal.

In an agreement between the Federal Government, Colliers International, and City of Phoenix, the City acquired the buildings and part of the land that now form Steele Indian School Park at North Central Avenue and Indian School Road. The rest of the park land was acquired in a second agreement between the City and Colliers in exchange for Block 23 and the current Colliers Center property. With the Fox Theater long gone, the J.C. Penney’s building was demolished leaving only a subterranean parking garage and the lot we see today.

The loss of Patriots Square Park, regardless of the terrible 1986 redesign, still lingers foul in the minds of many Phoenicians. The current CityScape rendition, while a good corporate plaza, is far from a point of public pride, and it continues to be a point of tension between parties involved. The construction of Civic Space Park in 2008 sitting just a few blocks outside of the original town site was one of the City’s best decisions and continues to serve residents, ASU, and non-downtowners well.

This however does not solve the fact or problem that Phoenix does not have a central focus or gathering spot within the original townsite. The central plaza of our city has three times been sold or re-modeled for development interests, and yet now there is an empty parking lot at its original historic location.

With the success of recent large public functions on Block 23 and negotiations on a new sports arena deal pending, now is an excellent opportunity for the City to show that it values public institutions as much as private development initiatives. The resurgence of Downtown Phoenix is here, and we must work today to secure the urban public spaces truly great cities are remembered for. While Block 23 development speculations may actually come to fruition this time, it could also continue to be an asphalt lot. We need to leverage this opportunity in order to try and regain some part of the original city planners vision.

Pride in a city starts with its public spaces and a city’s public plazas are instrumental for positive civic engagement. What a community values is what it believes important enough to hold in “common.” We Phoenicians like to pretend that this is a new city, but the truth is we are far beyond any adolescent years, and Block 23 tells us a lot about the life of our city through these development years.

Phoenix has a soul and Phoenix has a history that this soul was built upon. Cities have very few opportunities to reclaim their past. In this case, I hope by remembering what Phoenix was we can help influence what Phoenix can be. It is time to be a city that better prioritizes public funds for re-building the public realm, before we consider using public funds to finance a new downtown sports arena. At a minimum, I hope this post about what Phoenix had triggers a conversation about what we now want. 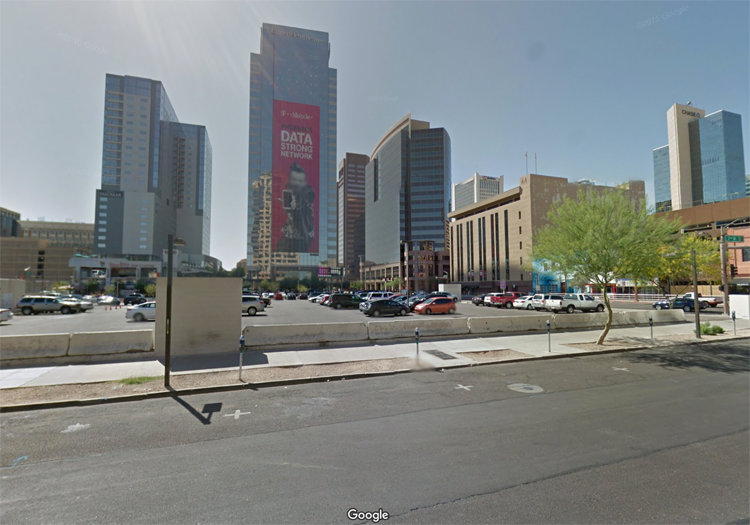 Jeffery is a native Phoenix area resident and lives in Downtown where he is involved with many of the Community and Urban Organizations. He has a Masters in Globalization and Development from The University of Sussex – Institute of Development Studies and a Political Science B.A. From A.S.U. He currently works as a Operations Manager for a Phoenix based small business. All opinions are strictly his own. Read his blog.