This Could Be Phoenix | My Phoenix Story: Ryan Tempest
3189
post-template-default,single,single-post,postid-3189,single-format-standard,ajax_leftright,page_not_loaded,,qode-child-theme-ver-1.0.0,qode-theme-ver-9.1.3,wpb-js-composer js-comp-ver-4.11.2.1,vc_responsive

Posted at 08:00h in My Phoenix Story by Ryan Tempest 0 Comments
Share

Why did I start This Could Be PHX? The answer to this question begins 29 years ago in Clinton Twp. Michigan. I, like 70 percent of Americans today, was born in the typical suburban town. I had an excellent childhood and teenhood. I had great parents, family and friends. When I turned 16, I bought my mom’s old car and entered into the beginning stage of freedom. For the first time I could go wherever I wanted without having to ask my parents or a friend for a ride. It was the most liberating moment of my life – or so I thought.

So, for twenty years I was completely submerged in the suburban ocean that surrounded my family’s home. And for twenty years I never once complained about the lifestyle I was a part of, why should I? After all, everyone lived that way, right?! Oh how little I knew at that time.

The Beginnings of Change

As I began my second year of community college I thought I knew exactly what my future held. I was going to apply to Laurence Technological School of Architecture and I had a good relationship with a girl that had the potential to go anywhere. Even though I knew what my future held, there was always this void present inside of me, something I couldn’t place my finger on. 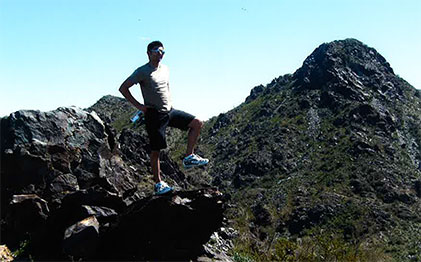 Moving to the desert was a huge shift for me

One winter morning my life took a drastic change. As I began to set up my desk for that morning’s class, my professor began to talk to me and a couple other students in class about Arizona State University, the college he went to for architecture. Maybe it was the brisk cold outside that made the contrasting desert sound so appealing or maybe it was the intriguing idea of moving across the country and starting a new life. Whatever it was, I decided right then and there that I was moving to Arizona, leaving my family, friends and girlfriend behind. A year later I was packing up my vehicle and driving across country looking forward to a journey that I could never have imagined.

Looking Around Me I Saw…

Architecture school at ASU was the next step towards the creation of This Could Be PHX. I suddenly realized that the home I was raised in and the strip malls that existed beyond my subdivision were in fact the antithesis to what I was studying.

They didn’t represent the magnificent buildings that we studied in architectural history.

They weren’t built by renowned architects.

My parents (and I love them both dearly) customized our home by picking from a list of “upgrades” offered to them by the developer that built our subdivision. Strip malls consisted of nothing more than long linear boxes with atrocious appendages tacked on to the façade in a sad attempt to disguise the building as a work of architecture. Chain stores build identical buildings all over the country as if to say: “Hey, we don’t think people are smart enough to recognize our logo so we have to make every building the same too.” Was this the kind of “architecture” that I was going to school to learn how to design? Luckily, no. Instead I was taught the principles of design which address form and function, designing for individual user needs, sustainability, site selection and orientation, and many other components that make a building truly unique and functional.

Learning What a “City” Really Is

With my newly found appreciation for real architecture, I became more interested in cities. From the time I was zero to twenty I had visited exactly two cities; Chicago and Detroit (not including my high school trip to Italy). My trip to Chicago was in the eighth grade and I can hardly say that it left a lasting impression on me at that time. If you are at all familiar with Detroit you know why I didn’t instantly fall in love with the city life there.

My first memorable city experience was in San Francisco and it completely opened my eyes to another way of living. It was packed with beautiful buildings and amazing architecture…real architecture.  There was an energy that I had never experienced before. There were seemingly endless things to do: restaurants, bars, theatre, sports, museums, shopping, you name it. And the best part of all: complete freedom from the very thing invented to provide people with freedom – automobiles. I could walk, bike, light rail or take street cars to my destination. Talk about options! The feeling I got from being in a true city was exactly what I had been missing my entire life.

Now, THIS is a city.

The Choice to Change

So I moved from Tempe to Downtown Phoenix in an attempt to fill the void that I had finally put my finger on. Well, it’s no San Francisco, but that’s ok. In fact, that’s what makes Phoenix great. Here you can be a part of a city that is just beginning to step out of the shadows and make a name for itself. I came to realize that I was either going to leave Phoenix for an already established city or I was going to stay and help create the change I wanted to see. 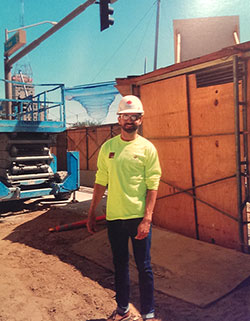 During construction for the Downtown ASU Student Rec center where I was the Project Architect.

And that’s why I began This Could Be PHX. Phoenix has the ability to be great but in order to do so, two things need to happen. First, we need to educate people, not only in Arizona but all over the country, about the benefits of urban living. There are hundreds of thousands of people living out their suburban life, not giving a second thought about it. But living in the suburbs has many adverse effects (see my recent post “A Healthy Life Begins with a Healthy Environment”) and we shouldn’t have so many people out there unknowingly subscribing to a way of life without being conscious of the alternatives.

Once people become educated, it is only natural that it will lead to an increase of population in cities. But I want to see that increase in population directed toward Downtown Phoenix, not other cities around the country. And this is where the second component in making Phoenix great comes in; creating a place that people are excited to live in and committed to staying in. In order for that to happen, a few things have to happen:

All this can happen and I believe it will happen with the determination and hard work of all the amazing people who are currently supporting Downtown Phoenix. This Could Be PHX is simply another vessel for change. Guided by the community, we are beginning a conversation aimed at creatively representing what those community members envision the future of Phoenix to be.

[box]This is the first in a series of what we hope to be many “My Phoenix Story” posts from different members of our community. They will explore the various people who live here, how they found themselves in Phoenix, why they decide to stay here, and what the city means to them.

We are looking for more storytellers, so if you want to tell your story, contact us![/box]