Matt & Rebecca of Sutra Midtown Yoga: This Is How They Do It

22 Sep Matt & Rebecca of Sutra Midtown Yoga: This Is How They Do It

There are some influential people in Phoenix that just really stick with you. Whether it’s community activists like Kimber Lanning, DJs like Sean Watson, or the smiling face that always greets you at your favorite coffee shop , they are the type of people that make you think: They are what makes Phoenix cool.

Matthew and Rebecca Fritz of Sutra Midtown Yoga are those people. Ever since I stepped into Sutra a three years ago, I was in awe of their daily motivation to give back to their community, their positive attitude, and their aspirations for Phoenix. When I learned a little more about their Phoenix story (they dropped their big city 9 to 5’s to start a business and a family in the Coronado Historic Neighborhood), I realized they weren’t just those people to me, they were a major inspiration to everyone that came in contact with them.

So, I asked Matt from Sutra to share what it was like to start a business and raise a family in Midtown Phoenix with This Could Be Phoenix. The following is what he wrote.

-Courtney Craig, Outreach Director of This Could Be PHX.

How do you do it? is possibly the most common question asked of Rebecca and me. Business owners, entrepreneurs, community activists, happily married with 4 small home-schooled children (#5 on the way!) and all co-existing peacefully in a household less than 2000sf with one car and three wild dogs. Honestly, I always answer, I have no freakin’ idea. Most often the word that pops into everyone’s mind is balance, but truly, is there really such a thing? Balance to me equates to seeking stability; easily distracting us with its lure for security; which we all know is nothing more than an illusion. No, not balance, but if not, then what? 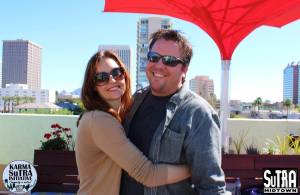 Hysterical District; that’s what many of our friends called our new neighborhood when we decided to purchase a quaint little slice of Phoenix’s past in the Historic Coronado District. Downtown was not as thriving of a community as we see today; but still offered a much needed change of scenery for those of us who craved a splash of culture, some unique character, a tiny bit of excitement, and a home with some personality. Little did we know, changing our zip code in 2003 would lead to changes on a much grander scale throughout the next decade.

When we first made the move downtown we were shocked by the lack of services available supporting the city’s residents. The majority of businesses catered to working commuters and 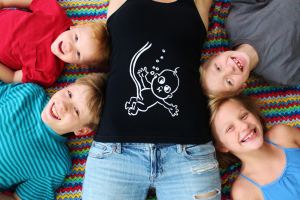 concluded their days by 5pm; with only a handful even keeping business hours on the weekends. Phoenix was literally an urban ghost town. A weekend stroll thru the city was reminiscent of a sci-fi movie with dark storefronts, vacant lots, eerie silence, and only a glimpse of other inhabitants visible about every third block. As Chicago and Portland natives, the contrast was harsh, and we honestly did not think we’d stay.

Intention, not balance, I feel is the method behind our foolish madness. Giving without expectation, celebrating differences, and being of service to our community was at the forefront of our transformation. Our neighborhood is what kept us engaged during our early years; flourishing with creative professionals, artists, untamed souls, and free thinkers we effortlessly settled in and began embedding our roots in Midtown’s culture.  Our yearning to create, to manifest, to craft a life together that we truly desired began to seem possible as we shed the 9-5 cubicles and charted a course toward unknown waters. Environment, timing, motivation? … who knows, but during those years we began to construct our own reality and made the decision to join the movement of assisting Phoenix in shifting its identity. 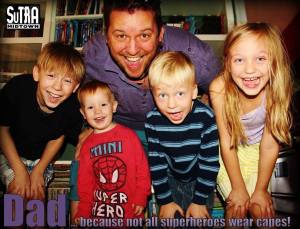 It all began in 2008 when we decided to open Sutra. While savoring a bottle of red on the living room patio of Lisa G’s Wine Bar, observing the full moon lunar eclipse in the eastern sky, we committed to throwing caution to the wind, adopting an attitude of fearlessness, and agreed to devote ourselves to adding value to our neighborhood.  Our goal was to break the stereotypes of health and fitness by bringing a vibrant alternative to the area that more closely represented the imaginative attitude of the city. With original concepts like Rooftop Yoga, Sutra in the Park, farm fresh raw juice, and YogaVin; Sutra Midtown quickly became our garden of inventive outlets that would eventually blossom into many new and exciting opportunities like our signature yoga teacher training program, our Karma Sutra non-profit, our unique Mum Deva prenatal program and Project Zen community meditations, to name a few. Feeling like we are still in our infancy our family, our business, and our goals seem to evolve as quickly as Phoenix’s central core. 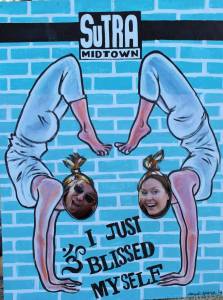 Phoenix; the city once only visited by those catching a Suns game or showing up for jury duty; has reclaimed its namesake by rising from the ashes. Independent businesses now fill our neighborhoods, brighten our pathways, and breathe life into our streets; while creative visionaries share a common goal for the future of our landscape. So how do we do it? … with intention .. intentions of serving others, intentions of contributing, intentions of change, and intentions of making all of our visions for Phoenix a reality.

Matt is the co-owner of Sutra Midtown, a yoga studio in Midtown Phoenix, where he handles all things business, design, and love, in partnership with his wife, Rebecca.