Blog | This Could Be Phoenix - Part 3
2212
blog,paged,paged-3,bridge-core-2.9.6,qode-page-transition-enabled,ajax_leftright,page_not_loaded,,qode-theme-ver-28.0,qode-theme-bridge,disabled_footer_bottom,qode_header_in_grid,wpb-js-composer js-comp-ver-6.7.0,vc_responsive 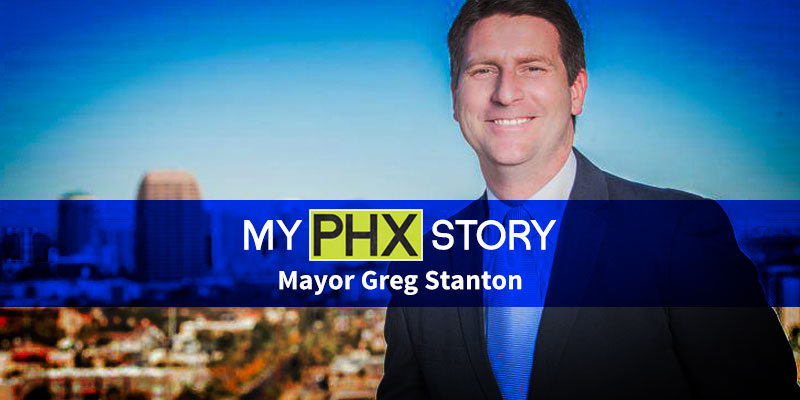 Phoenix has been my home for as long as I can remember. It’s where I grew up – where I made sure my kids would grow up. I’m a little biased in saying it’s the best city in the world – but I’ve...

Is it Possible to Combat Sprawl in the Desert?

Often times when I speak to people about Phoenix who are visiting here for the first time, they comment on how different it is than wherever it is they came from. This doesn’t seem like a revelation, in and of itself, but it’s why they are saying it that counts. The greater Phoenix area is the quintessential “west,” at least in an historical sense. People came here for the space and opportunity they didn’t have “back east.”  They came here for dry weather and perfect winters. They came here for breathtaking scenery and unbelievable sunsets. And frankly, who could blame them? The problem is, some of the very reasons this city developed the way it did is because of why it was developed at all.
08:30 / City Infrastructure / Grant Bowen
Share
1 Comment

How Transportation Is Shaping the Future of American Cities

The suburb and the city are two of our most common built environments. Historically these two places have represented completely opposite ways of living — the city was seen as dense, crowded, dirty, dangerous, and detached from the natural environment, while the suburb was thought to be a place that reconnected us to nature, relinquished us from the crowded urban streets, and sheltered us from the dangers lurking around dark street corners. Our perceptions of the past even linger on today.
08:30 / City Infrastructure / Ryan Tempest
Share
2 Comments

Lately, everywhere you look is a rack full of bright green bikes sporting smiley-face emoticons. It's Grid Bikes, a bike-share program that launched in Phoenix late last year. The majority of the program’s nearly 40 stations and 500 bicycles are clustered in Downtown and Midtown, and there are four different payment options: $5 hourly, $30 monthly, or $79 annually, with a student rate of $59 annually. The paid memberships all offer 60 free minutes of riding time per day. We've put together some of our favorite Grid Bikes rides and destinations. If you’re looking for a fun ride, use these maps and routes to start your journey.
07:35 / Urban Lifestyle & Culture / Chloe Brooks
Share
0 Comments

A History of Advocacy and Preservation in Phoenix

This week marks one month since the demolition of 222 E. Roosevelt, a former bar and lounge and local art gallery, and home to what were murals by famed Arizona painter Ted DeGrazia. The building had been slated for demolition for months, despite community outcry — there was an internet petition with more than 1,600 signatures to save the building and murals, and a Superbowl-weekend mock funeral for the neighborhood. There were plans to preserve the building by moving it to a new location, and then there weren't. And on March 20, bulldozers moved in. It was a sad story to watch unfold, but not all of Phoenix's preservation struggles end in a heap of paint dust and broken brick. Over the past decades, historic preservationists and Downtown advocates have had many successful moments in saving pieces of Phoenix history. Check out a few of the biggest ones below.
05:00 / Current Events & News / Chloe Brooks
Share
1 Comment